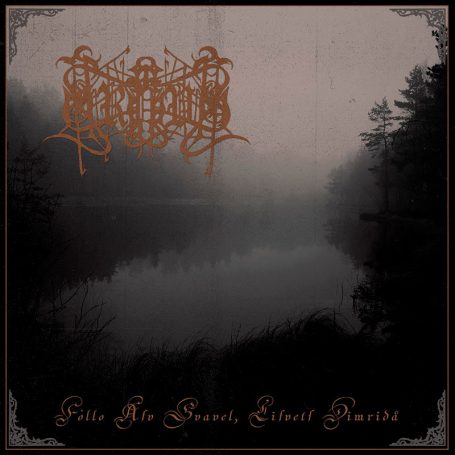 Three years later after the debut album, GREVE emerge from the shadows with another full-length, which both consolidates and extrapolates those all-too-considerable powers.

Featuring a new lineup - Korgath on vocals and Juhos on drums, with Swartadauþuz still handling all guitars, bass, and keyboards - Föllo af Svavel, Lifvets Dimridå bursts forth with beauty and menace, its denser and more aggressive sound betraying no small amount of shimmering atmosphere.

All instruments within the soundfield are clearer and sharper, and yet they all work in unison to create a canvas both grounded in the earth and transportive toward the ethereal. The album's eight-song/46-minute structure is key; bookended by an intro and outro, the interior black metal epics drink deeply of 1996-vintage classicism but replenish the listener with its none-more-majestic swoosh & swell.