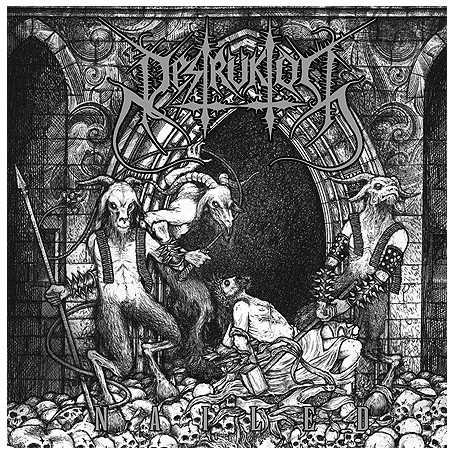 Raging for well over a decade in the isolated land of Australia, Destruktor have stood the test of time with a few EPs and a demo under their bullet belts. Now after much anticipation the war beast strikes again with their debut full-length album entitled "Nailed" featuring 10 new tracks of the highest degree accompanied by blasphemous Riddick illustrations. Harnessing the essential elements of fore founding extreme metal troops, Destruktor deliver a dark brutal desecration of exceptional warring bestial black metal of death that easily rivals those in the same battlefield. Destruktor will win the war... with or without your support!!! Cover printed on black paper with metallic foil stamping.