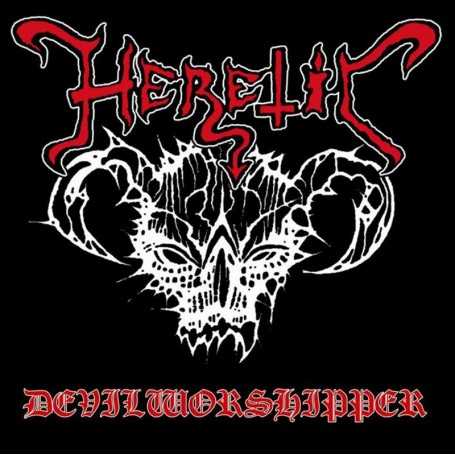 Black Metal from The Netherlands.

The previous CD and LP editions of this ultra primitive second album from 2003 have been long out of print and hard to find.

Reissue this time with no less than 11 (!) bonus tracks – being a completely unreleased demo version from the album with a playing time of over 36 minutes. This makes for a total of over 70 minutes of pure and totally evil midtempo black metal.

As we all know, Heretic’s second album Devilworshipper was recorded for everyone who thought the debut Black metal holocaust was too clean. That statement still stands today – this album is one hell of a harsh and distorted piece of blasphemy. For the first time, all the lyrics have been included now. Attention: this album has NOT been remastered to make it sound like the band always wanted or any of those weak statements.