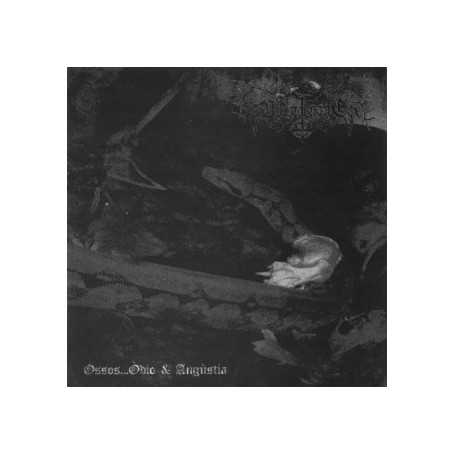 Forget everything you knew of Brazilian Black Metal of these days and check this debut full-length from the VULTURINE horde! Formed in 2001 by the members who were actually active in various bands since early 90ies, they have unleashed 3 demo-tapes and a 7"EP, which introduced the underground an inspired blend of early Norwegian and Greek styles, performed with sophistication and surprising quality. In the year 2008 this album was spawned by the forces of Brazilian label GOAT MUSIC, limited just to 500 copies, which is almost nothing for the material of such level. Morethat, general amount of the first pressing was spread right in Brazil and only very few distributors world-wide got some copies in limited amounts. By this inevitable second edition, NOMOS DEI are proud to introduce a true piece of black perfection from the deepest pits of underground to wider public. Re-released with re-worked artwork, including English part of the lyrics. Limited to 666 copies, handnumbered.