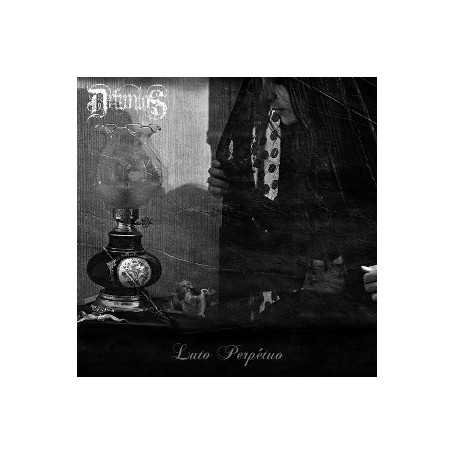 Portugal has assisted to the rise of a unique band, in many ways. Their work of devoted Funeral music, their personal visions about Death are well known. Defuntos expose their 5th album – a moribund journey through loss, a verdict of their own gloomy feelings… This new artifact can be described as a mental picture of what life would be, facing the Death of a beloved existence. This is an intense voyage to the heart of the XIX century and the entire morbid aura of that epoch, so craved on Defuntos lyrics, together with real facts occurrences. “Luto Perpétuo” is the melancholic and sinister result of their creators, and the true aim of it, is deeply hidden inside the coffin of their souls. And so it’s intended... Limited to 500 copies in noble DIGIPACK. 16 page booklet with photos and texts.