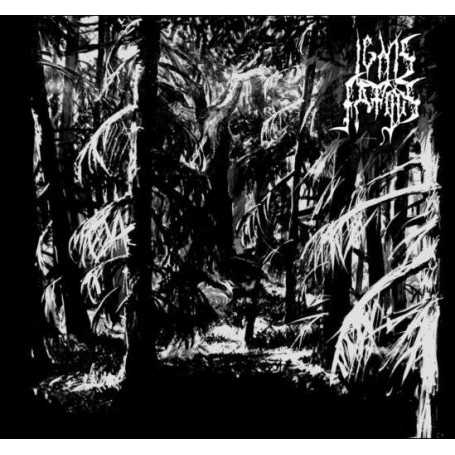 Debut album by Ignis Fatuus is devoted to the primordial power of Black Metal. S'owia'ska Trwoga Wiecznych ("Slavic Fear of the Eternal Ones") is raw and dirty sound, lyrics about power of nature and pagan culture. Over 30 minutes of frostbitten, raw black metal. Lyrics in Polish. There was only one attempt to record that material which gave it dark, raw atmosphere characteristic to Polish Underground from the nineties. S'owia'ska trwoga wiecznych is a first record released by Old Temple in a standard CD case. Ascetic, raw booklet reminding of atmosphere of early days of black metal.