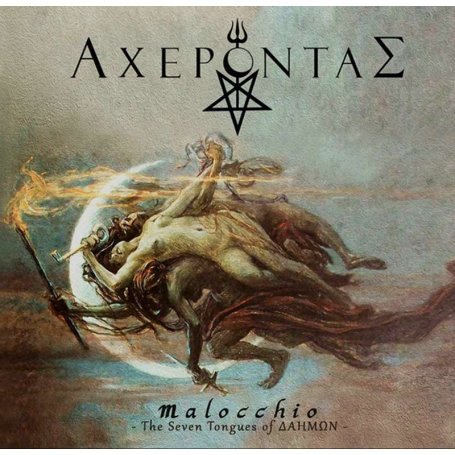 Mysticism, magic, occult arts and rituals, all of which are driving factors behind ΑΧΕΡΟΝΤΑΣ, are also the most adequate words that can be used to describe the band's image, sound, and lyrics.

The band is considered as one of the leading representatives of the second wave of Greek black metal, heavily influenced by the original Hellenic metal scene, retro rock (especially '70s rock), and occult/spiritual philosophy & activism.

ΑΧΕΡΟΝΤΑΣ commented on the new album: "The new Opus, bearing the fiery symbolic crown of The Seven Tongues of ΔΑΗΜΩΝ, unto the realms of matter. The sands of creation shall shift once again, as the new album of the Coven signifies the sail towards new horizons, fertilizing the grounds with blessed sonic resources to bear fruits on spiritual levels".