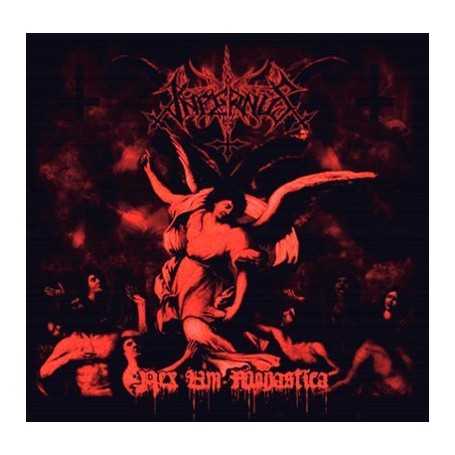 Play-technically, here Lyrically and Sound-technically there is after a demo tape and a Split from the year 2011 cultivated one about roasted... The Hammer on the Head of Prist will dance sometimes substantially in the drums it let, there one hears sometimes like the sawing rhythm guitars 'slowly' and sacrificial dagger similarly, by the throat still the arteries dart around Leadgitarren sharp again with razor at other place to open. From time to time one still gets from the acoustic guitars the strings around the neck to be strangled laid and about all whole massacre the 'Vokills'' sit enthroned to good last sometimes screamingly, grimly, swearing or infernal tortures suffering before themselves loud and whimpering. What marvelous and death bringing Black Metall. It reminds not seldom of a mix from earlier admissions of Swedish bands like Watain, Malign, Ofermod, Nefandus and old Amerikan groups ala Absu, Wind on the Black Mountians or Godless North... Hail Sathanas! Limited to 100 handnumbered copies !